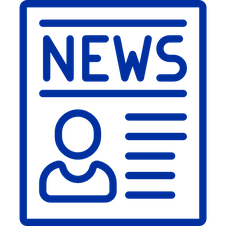 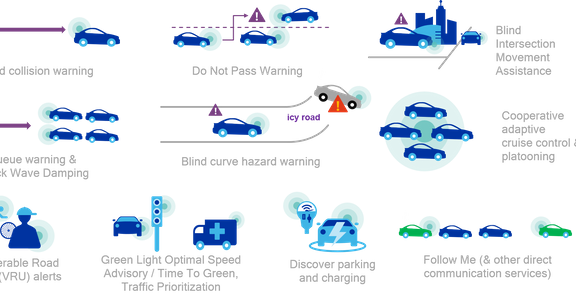 At CES 2017, AUDI AG (NASDAQ: AUDVF), Ericsson (NASDAQ: ERIC), Qualcomm Technologies, Inc., a subsidiary of Qualcomm Incorporated (NASDAQ: QCOM), SWARCO Traffic Systems and the University of Kaiserslautern, announced the formation of Connected Vehicle to Everything of Tomorrow (ConVeX) – a consortium to carry out the first announced Cellular-V2X (C-V2X) trial based upon the 3rd Generation Partnership Project’s (3GPP) Release 14, which includes Vehicle-to-Everything (V2X) communication. The trial efforts are expected to focus on Vehicle-to-Vehicle (V2V), Vehicle-to-Infrastructure (V2I) and Vehicle-to-Pedestrian (V2P) direct communication, as well as Vehicle-to-Network (V2N) wide area communications. ConVeX will be executed by a cross-industry consortium that brings diverse expertise to the trial.  ConVeX will be co-funded by the participating organizations and the German Federal Ministry of Transportation and Digital Infrastructure (BMVI) within the scope of the “Automated and Connected Driving on Digital Test Fields in Germany” funding guidelines

At JUl 4,2018,AUDI AG, Ducati, Ericsson (NASDAQ: ERIC), SWARCO, the Technical University of Kaiserslautern, and Qualcomm CDMA Technologies GmbH, a subsidiary of Qualcomm Incorporated (NASDAQ: QCOM), today announced Europe’s first live demonstration for C-V2X direct communication interoperability between a motorcycle, vehicles and roadside infrastructure. The companies, which formed the Connected Vehicle to Everything of Tomorrow (ConVeX) consortium last year to carry out the first announced C-V2X trial based upon the 3rd Generation Partnership Project’s (3GPP) Release 14, held the demonstration in Ingolstadt, Germany.  The demonstration featured Audi Q7 and Audi A4 road vehicles, as well as a Ducati Multistrada 1200 Enduro two-wheel vehicle equipped with C-V2X technology utilizing the Qualcomm® 9150 C-V2X chipset solution.  The showcase demonstrated common situations that can take place between motorcycles and vehicles, and how C-V2X technology can be used to improve road safety.   These include Intersection Collision Warning, where a vehicle equipped with C-V2X technology pulls out from a junction with an adjoining road and avoids hitting a motorcycle rider who has the right of way, as well as Across Traffic Turn Collision Risk Warning, in which a vehicle avoids a left turn collision with a motorcycle. These use cases are part of a wider set of advanced applications that have been demonstrated through the ConVeX project, which also involves vehicle-to-infrastructure (V2I) communication using roadside infrastructure units developed by SWARCO and vehicle-to-network (V2N) communication using Ericsson’s 4G/5G cellular test network operated at the motorway A9 German digital test field.

AUDI AG (NASDAQ: AUDVF), Ericsson (NASDAQ: ERIC), SWARCO Traffic Systems GmbH, the University of Kaiserslautern and Qualcomm Technologies, Inc., a subsidiary of Qualcomm Incorporated (NASDAQ: QCOM), today announced the world’s first cross-border demonstration for C-V2X direct communication. The companies, which formed the Connected Vehicle to Everything of Tomorrow (ConVeX) consortium in 2016 to carry out the first announced C-V2X trial based upon the 3rd Generation Partnership Project’s (3GPP) Release 14, participated in cross-border digital testbed Project Day today in Schengen, Luxembourg, at the new trilateral testbed hosted by France’s Ministry for the Ecological and Inclusive Transition, the German Federal Ministry of Transport and Digital Infrastructure (BMVI), the Luxembourg Ministry of Mobility & Public Works, and the Luxembourg Ministry of the Economy. ConVeX, co-funded by BMVI, showcased the reliability, range, and performance of C-V2X direct communication between vehicles and with infrastructure, across the three Trans-European borders.

Audi vehicles and SWARCO’s intelligent road infrastructure are equipped with C-V2X technology utilizing the Qualcomm® 9150 C-V2X Platform. Throughout the event, the Qualcomm 9150 C-V2X Platform was used to show vehicle-to-vehicle (V2V) and vehicle-to-infrastructure (V2I) safety use cases, demonstrating the maturity and potential of C-V2X technology and the ability to operate without the need for SIM subscription (via PC5) to potentially address challenges faced with roaming and network subscriptions.  These use cases include Roadworks Warnings (RWW), In-Vehicle Information (IVI) and Slow or Stationary Vehicle Warnings.

C-V2X is a global solution for V2X communications designed to allow vehicles to exchange information with other vehicles, infrastructure and pedestrian devices, and supports improved automotive safety, automated driving and traffic efficiency. C-V2X technology and products are commercially available, and leverage years of C-ITS investment and the evolution of wireless communications.  Today’s cross border demonstration follows the successful cooperation and integration of the technology among the participating companies throughout 2018 and thus far in 2019 around Europe, China, Japan, Korea, Australia, and the United States. 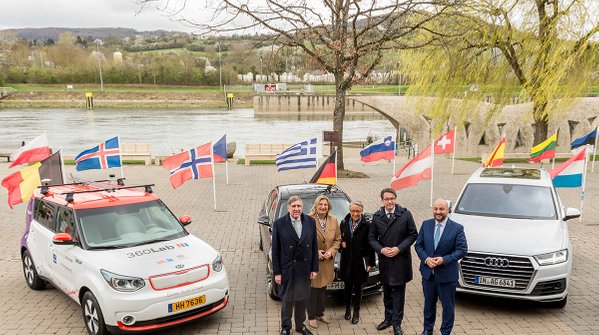 AUDI AG, Ericsson, Qualcomm Technologies, Inc., SWARCO Traffic Systems GmbH and the University of Kaiserslautern today announced the successful completion of the world’s first-announced C-V2X trial. Initiated in December 2016, the trial utilized a test bed and field tests based on 3rd Generation Partnership Project (3GPP) C-V2X direct and network-based complementary technologies for connected vehicles and Intelligent Transportation Systems (ITS). The tests were designed to provide further evidence of the complementary nature of short-range direct and cellular wide-range communication with C-V2X and received results demonstrating the reliability and performance of the vehicle-to-everything (V2X) technology. The organizations formed the Connected Vehicle-to-Everything (V2X) of Tomorrow (ConVeX) consortium in December 2016, and since have successfully completed and analyzed end-to-end implementation and performance testing in realistic driving conditions.

During the project, ConVeX, which is co-funded by the German Federal Ministry of Transport and Digital Infrastructure (BMVI), tested and demonstrated several use cases for C-V2X, including Vehicle-to-Vehicle (V2V) and Vehicle-to-Infrastructure (V2I) direct communication operating in the 5.9GHz ITS frequencies, as well as Vehicle-to-Network (V2N) wide area communication. For these tests, Audi vehicles and SWARCO’s intelligent road infrastructure were equipped with C-V2X technology based on the Qualcomm® 9150 C-V2X Platform.

ConVeX investigated the reliability, range and performance of C-V2X direct communication using 5.9 GHz between vehicles and with infrastructure at varying speeds. Testing delivered 100 percent reliable reception of safety messages in line of sight conditions of up to 1.2 km, with the distance limited by the length of the test roads. The test was conducted with relative vehicle speeds between two vehicles traveling in opposite directions of up to 430 km/h. These tests were conducted at two locations on the German A9 and A6 motorways.

In parallel to real world tests, extensive simulations were conducted by the Technical University of Kaiserslautern to corroborate the very good field performance of C-V2X.

V2N testing leveraged an Ericsson network supporting 5G concepts such as network slicing and geo-casting for use cases such as hazardous icy road alert. Thanks to the characteristics of 5G cellular networks, traffic information is consistently delivered with low latency and high reliability over arbitrarily long ranges that are determined by the application needs, rather than by communication capabilities.